The small car produced since late 2007 Mazda2 1.5 MZR is the current top model of the new series of 2-Mazda. Unlike his predecessors like Van used in the new Mazda2 1.5 MZR thanks to lightweight construction and 103-hp four-cylinder engine with variable valve timing, almost sporty feelings: 188 km / h and 10.4 seconds to top the norm for the acceleration are now only 955 kg heavy small car, which is available both as a three-door and five-door, very impressive performance. The remarkable body of the Mazda2 has no resemblance to the previous model, and shows clear parallels to the new Ford Fiesta: his deep-drawn front and down the steeply rising side line are more than a foretaste of the Group's European brother. The shortened by four inches Mazda2 is around 100 kilograms lighter than its predecessor, so you can be frugal and go with the top engine: With 5.9 liters of Super per 100 kilometers of driving fun, is sympathetic to the small car, thanks to its outstanding chassis already widespread, once again reinforced. The space of compared to a Peugeot 207 and Opel Corsa still recognizable as a subcompact Mazda2 1.5 MZR convinced. Also on the rear bench seat prevail acceptable space. The boot capacity of the Mazda 2's range is sufficiently large with 250 liters, smart shelves like a glove box with integrated magazine rack open also create plenty of storage space for personal items. The three-spoke steering wheel of the Mazda 2 1.5 MZR fits well with its sporty looks: it offers the function buttons for the audio system also switches for the perfect adjustable cruise control. You want to buy this innovative car? If you are interested in the smart Mazda2 has already won the World Car of the Year 2008, closer, you will find this website both well maintained Used cars of the previous series as well as many models of the new Mazda2 1 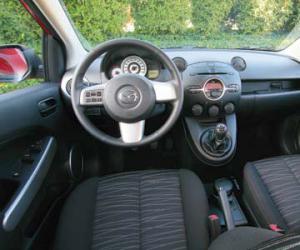 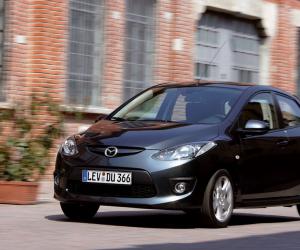 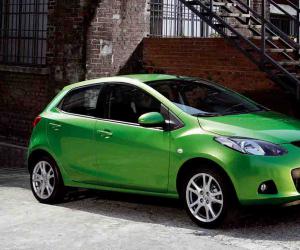 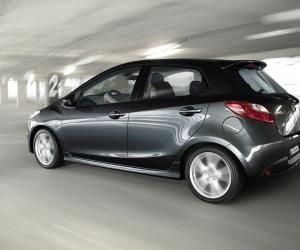 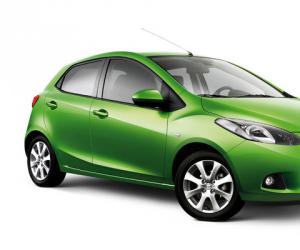 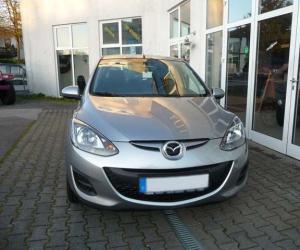 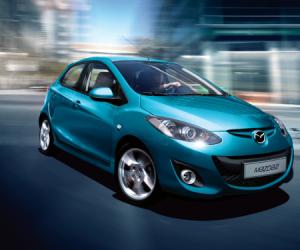 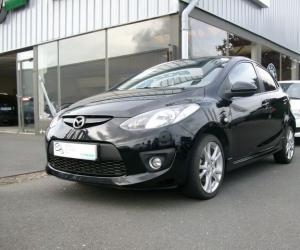