The MINI Cooper is undoubtedly a piece of automotive history. After he once made ​​a splash as the Austin Mini Cooper, the BMW Group unveiled in 2000, the new face of the cult car. The BMW MINI Cooper is a complete redesign, which will build on the successes of the past. In addition to the traditional two-door sedan is offered as well as the MINI Cooper Convertible soft top, and more recently also as a lifestyle estate car MINI Cooper Clubman. Its 1.6-liter 16-valve engine has a power output of 115 hp and is available with an automatic transmission as an option. The additional top model, the MINI Cooper S with its 163 hp accelerates in about 7.4 seconds from 0 to 100 km / h and reaches a top speed of 218 km / h The MINI Cooper D diesel model, a 1.6-liter turbo diesel with 110 hp, however shines with an average fuel consumption of just 4.4 liters of fuel (manufacturer's data). The new MINI Cooper has, like its predecessor, the Mini Cooper 1, the makings of a cult car. This is demonstrated not only the latest registration figures for the MINI Cooper 2007, but also the strong demand for Mini Cooper used cars. 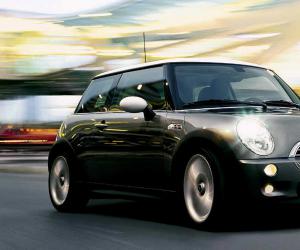 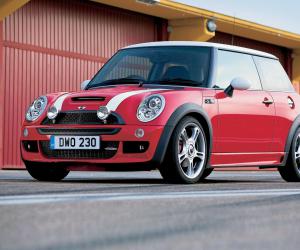 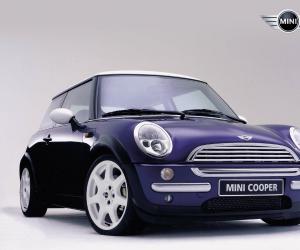 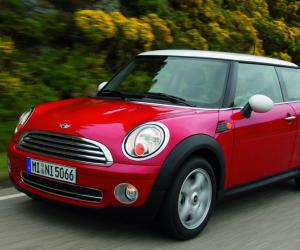 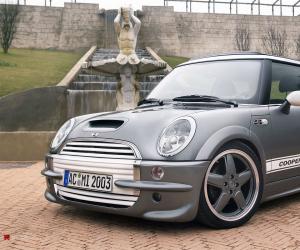 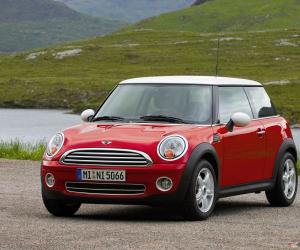 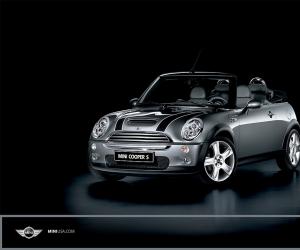 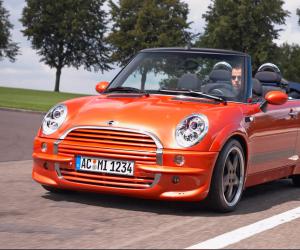 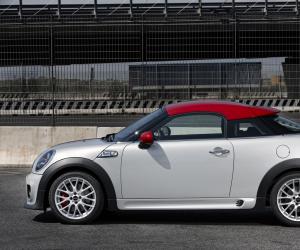 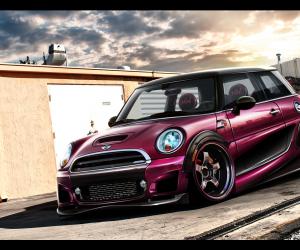 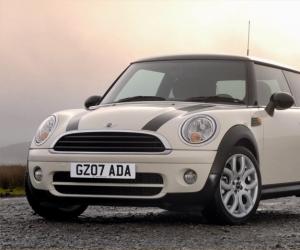 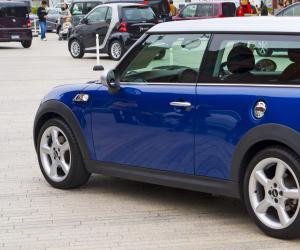 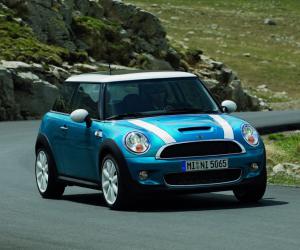 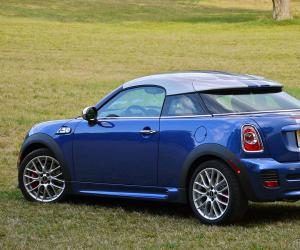 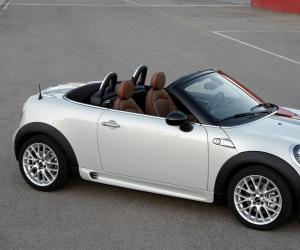 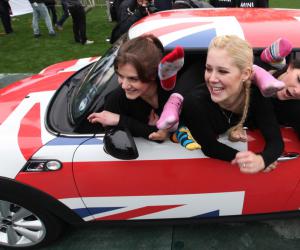 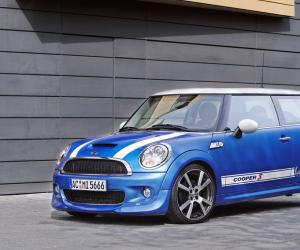 I have MINI Cooper 1.6 МТ 2006. This car like specially designed for fast driving on city streets. Gorgeous braking system is not just saved from imminent collision. Winter was very helpful traction control. If it is disabled, the MINI is very impressive starts from slipping wheels. The presence of two-level heated seats, heated door mirrors, front and rear windows in handy for our winters. And it all turned off automatically to achieve the desired temperature. Engine even in cold weather start up with a half-turn, even at -15 °C. Very comfortable chair with adjustable height and tilt. Adjustable steering column, lets go in and out of the car comfortably. With power accessories - full "inside" - parktronic, power windows, rain sensor, computer, rear view mirror with variable brightness of the reflection. In general, everything is done for people - firmly and solidly. No wonder he was recognized as the most reliable European car. Music system only weak, I would say quite unfit for such a machine ( in my modifications!).
Actually, MINI Cooper with his good-natured appearance not female car. He sporty character and it requires work behind the wheel. Inside, besides it is spacious enough, what many do not realize. And it would not have been good machine - there is always that "for changes"! This fun experience I started almost as soon as I got COOPER. Last winter, it became clear that high-voltage wires in MINI taste in rats. These parasites gnaw little rubber seal on wires. For all-out struggle with them put ultrasonic repeller. Turns on automatically when the alarm is armed. Machines operating experience, I know that if the car suddenly lost power, you should not blame Nature, is to change the battery terminals. I put terminals of oxygen-free copper, with 24 carat gold plating. Contact now reliable. Not quite suited me and regular 15 inch wheels. Put forged magnesium MAGALTEK 17h215h45. They weigh less than full-time, but with loads do better. Put rubber speed GOOD YEAR Excellence. As a result, the car became even more confident to behave on the road. Cornering tires like claws digging into the asphalt. In heavy rain no hint of hydroplaning (110-130 km / h) did not notice. Rubber was also silenced. This is important if the car is worth good music and need to minimize noise. The only negative - I can't drift, on the tires is impossible, and so sometimes I want! Baby chair for my daughter put RECARO. In design and color suitable. On the quality keep silence..

MINI Cooper - super! I already have a second this! Service on the pocket. And it especially doesn't break! Sports suspension, a little rigid but forgives all, not scraping the bottom!! Safe tires too happy! Rescued more than once)) machine I have with navigation. Cold start up at once ... Trying to stall but solve this problem in service. Diagnostic Issues - lean mixture. looking for the problem. If anyone come across - I'd be happy advice!

I drive Mini Cooper for 2 years and positive emotions is much less than the negative! This is very bad car and not much modified. Warranty made ​​so many that just probably can not remember (have you ever seen anything new car, which clings to the hood and leaves the spotlight on her deep scratch at each opening/closing? No? It's Min!) Discovered it I was when I was taking car after the bank issued credit (didn't have time to buy as we have a service), dealer 2 days couldntt resolve this issue! Masters had just hand to arch hood, now I have it not symmetrical((. And now imagine that it was for two years((( Running, glass lifts (replaced 6 times!), unit climate control, door locks (the car just cann't be opened), seats (play back became very large, and bobs up and down ride. but mechanic said 'is fine') scratches salon, gearbox, rear arches protection (rubbing against the wheel ) , the constant glitches computer DAMN I'm just not write! but the biggest fault - ENGINE! that I can not exactly make for a year! Constantly stalls and constantly burning check! Just yesterday passed the car in regular service to eliminate problems and I have been told that they came test kit for retrofitting the engine of my car air flow meter, new brains and yet what that crap that I do not know. Literally told me that the service - "Let's make your car normally, put the meter and the engine will be like a normal car," and you say quality, I do not understand people who go to the Mini Cooper, have a lot of problems with it and say - "I love it!" generally mINI as well as those of BMW cars that I do not want to buy more than ever! Oh and by sledok phrase that told me Director of Sales, just released about BMW models - "they're all wet when out of production, you need at least year, which would remove at least part of shoals, and the people we love to show off, and that's run like sheep to buy just left the car."