Since the winter of 2012 now the third-generation Mazda6 rolled off the assembly line, which was presented at the Geneva Motor Show in the same year for the first time. The Mazda5 shines in a new outfit and is offered in the middle class to VW Passat, Ford Mondeo and the Mercedes-Benz C-Class four-door sedan, the five-door hatchback and station wagon. For the drive since the launch of the Mazda 6 are a 2.0-liter four-cylinder with 165 hp, a 2.5-liter four-cylinder with 192 hp and a 2.2-liter SKYACTIV diesel engine in two power levels of 150 to 175 HP. The Mazda6 is powered by the new SKYACTIV engines, such as diesel than gasoline engines that have an identical compression ratio of 14:1. Due to the low compression creates the diesel Mazda6 cars in the NOX emission standard EURO6 without catalyst. The series package of new or used Mazda6 complete numerous safety systems such as lane - change assistant and or city emergency braking. Priced cars, the Mazda6 is based on its predecessor, produced until 2012. From the equipment line Exclusive line are automatic climate control, onboard computer, leather steering wheel and gear knob and cruise control as standard and for the SKYACTIV-G 2.5, the top model of the series, a 6-speed automatic from the factory installed. With the version Mazda6 Sports-Line are a BOSE sound system with six-disc CD changer, heated seats, automatic headlights and rain sensor with automatic wiper system, fog lights and Xenon headlights standard. 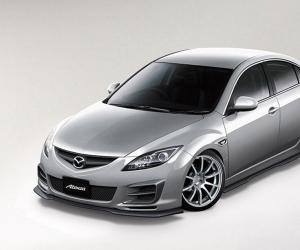 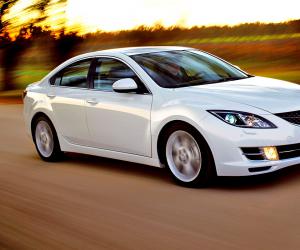 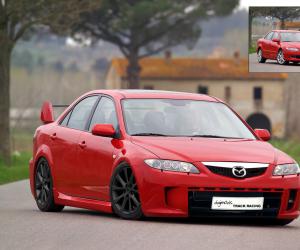 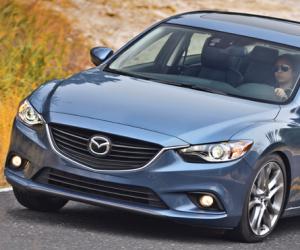 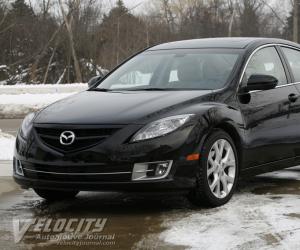 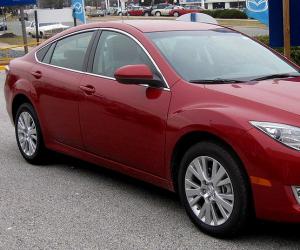 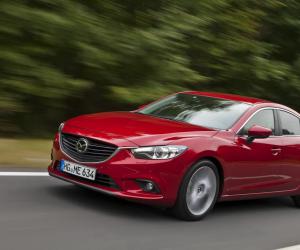 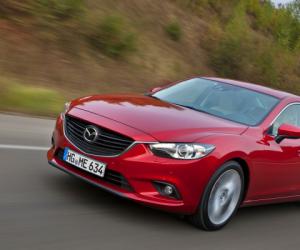 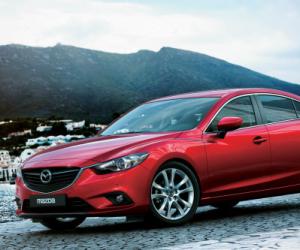 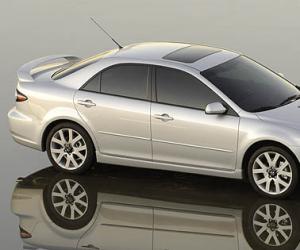 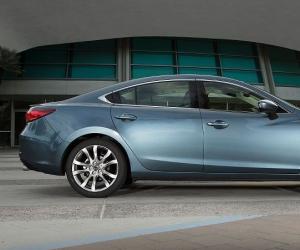 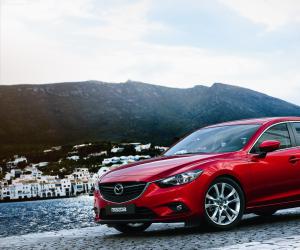 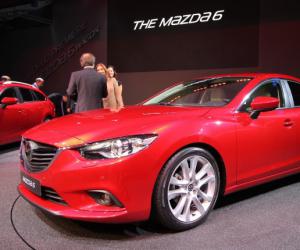 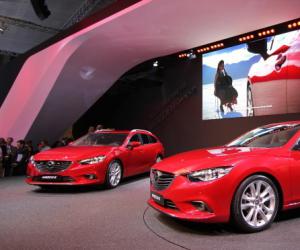 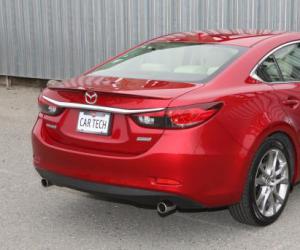 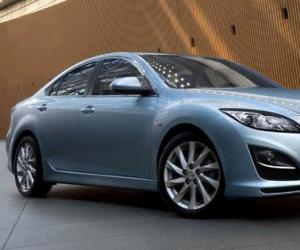 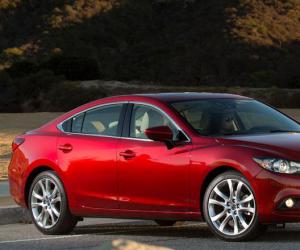