As the smart fortwo in 1998 first appeared, the small car was for most drivers initially more than unusual today include small cars like Daihatsu Materia and Toyota iQ a familiar sight on the streets. In the first edition of just 2.50 meters long, 1.51 meters wide and 1.52 meters high small car but fit in any parking space (necessary even across), so that when the two-seater smart fortwo cars designed especially for city dwellers quickly was sought after and popular. Initially stood for the city car three different gasoline engines, each with 0.6-liter engine options, the performance ranged from 45 to 61 hp. 2000 was the first smart fortwo cabriolet from the tape parallel led smart with the smart fortwo cdi is the first model with a diesel engine and a 55 hp that are on sale at the present time more than cars. Was placed parallel on the basis of the 2003 smart fortwo roadster, but ran out of lack of sales in 2005. Since March 2007 the new smart fortwo cars (internal: BR451) available, which is 19 inches longer than its predecessor. A first facelift in autumn 2010, the interior was modernized and equipped the rear lights with LED technology. Beginning of 2012 the Mini was given another facelift: The smart logo was now prominently placed in the grill, the headlights now come with integrated LED daytime running lights, therefore, new front and rear aprons and let the smart fortwo, sports beefy look. Motor side are the current smart fortwo ready four petrol engines and one diesel. The gasoline engines consist of a 3-cylinder engine with 999 cc 61 hp in the yields of the smallest level and 145 km / h fast as the 71 hp version and the turbocharger via increased to 84 hp smart fortwo. Highlight of the series is the smart fortwo BRABUS, which makes 102 hp and is governed to 155 km / h electronically. The only diesel engine is the large 799cm ³ CDI turbodiesel with 54 hp, which emits only 86 grams of CO ² and an average of 3.3 liters of fuel consumed. Thus, the smart diesel is one of the cleanest diesels in the world and is only topped by the smart ed, which alone is moved by an electric motor. 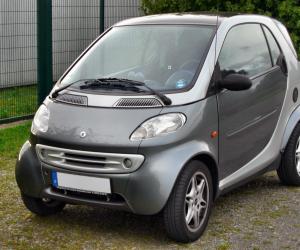 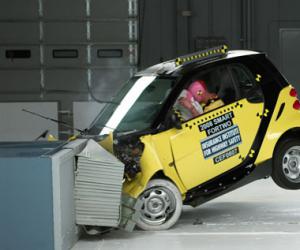 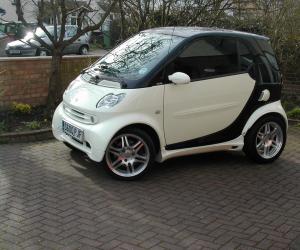 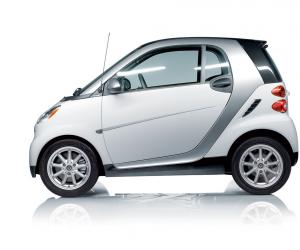 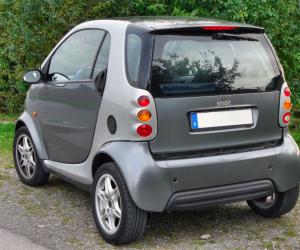 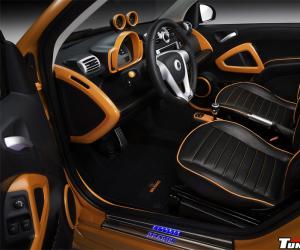 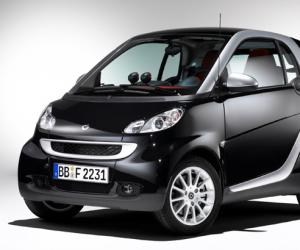 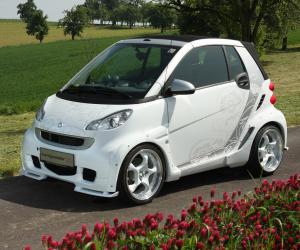 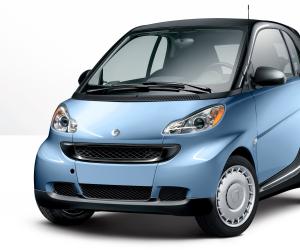 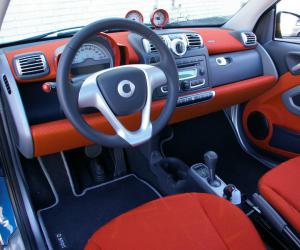 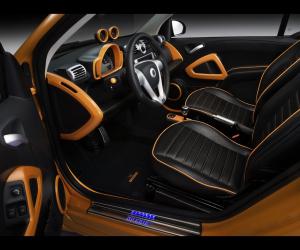 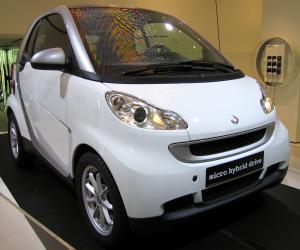 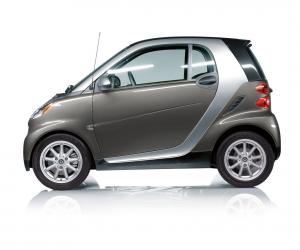 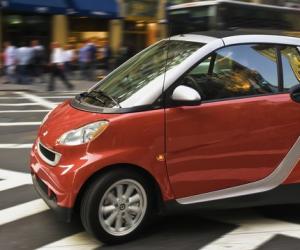