At the 2010 Geneva Motor Show the Japanese car manufacturer Mazda Motor Corporation unveiled the new Mazda 5 cars than practical family van. The next generation of the versatile compact van beat with enhanced functionality and a new design compared to its competitors, VW Golf Plus, and Opel Meriva. The Mazda5 offers behind its front and the new sliding side doors which open to the rear, up to 7 seats. Used Mazda5 came in the previous generation, even engines with a 1.8 liter engine with 115 hp and the 2.0 petrol engine with 145 hp and the 2.0-liter diesel models, 110 hp or 143 hp to use the Mazda5 new car with a current 2.0 - liter MZR petrol direct injection engine equipped, the achieve-liter predecessor engine in combination with the start - stop system, i-stop, and a newly tuned six-speed manual CO2 reductions of about 15 percent compared to the 2.0. In addition to the 1.8-liter engine developing 115 PS, a 2.0 MZR is developed (with automatic transmission) or 150 hp in the Mazda5 to the use of either 144 hp. Since the autumn of 2010, a 1.6-liter MZ-CD turbo diesel engine has since joined them, equipped with the 115 hp, consumes only 5.2 liters on average. The Mazda5 is available in the equipment lines prime / center / and Sportline edition and 40 years for election, all versions offer as standard including ABS / ESP, side impact protection and central locking. In addition to front and side airbags for driver and front passenger includes two window airbags also standard on the Mazda5. They range across all three rows of seats and protect passengers against lateral strike the head. 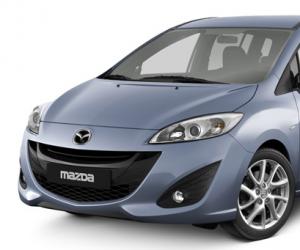 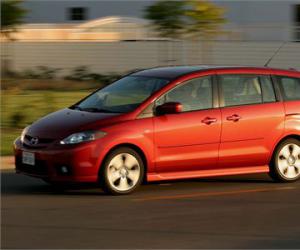 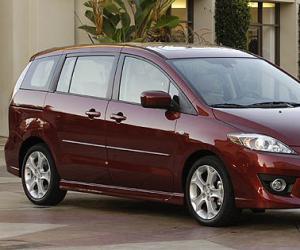 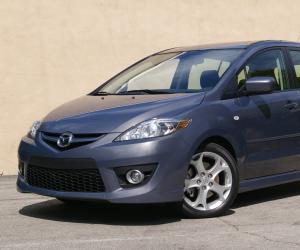 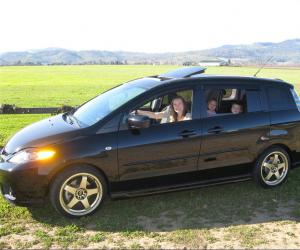 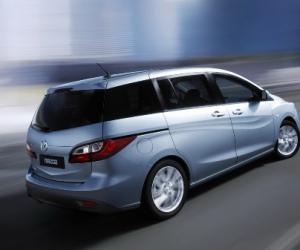