The latest BMW 3 Series in combi versions available for the BMW 3 Series Touring reflects the high standards of the Munich carmaker to continue to be the measure of all things in the premium middle class. Like the selling since the year 2012 new sedans, coupes and convertibles of the current BMW 3 Series and the BMW 3 Series Touring with the all-new BMW 3 Series engines have been equipped. All BMW 3 Series Touring diesel were increased in terms of performance compared to its predecessor and yet shine with lower fuel consumption. The BMW 330d Touring used, for example, despite an increase in output to 258 hp only 5.4 liters per 100 km. And this in performance that you usually can perhaps reach 3-Sport package only with the BMW: The acceleration of the new BMW 3 Series needs of the built-in series eight-speed automatic is only 5.7 seconds from 0 to 100 km / h, the maximum is automatically slowed to 250 km / hr. The maximum torque is 580 Nm at now! Only slightly slower it goes to the BMW 320d Touring: Meanwhile accelerate equipped with the 184 hp four-cylinder BMW 3-series wagon in 7.6 seconds to 100 km, and the top speed this BMW Touring the current BMW series is an impressive 232 km / h For now, the only petrol engine is the BMW 328i Touring, reached its four-cylinder turbocharged 245 hp. Incidentally, all BMW 3 Series Diesel EURO6 already meet the standard. Standard offer all new BMW 3 Series Touring models, a six-speed manual transmission or an optional eight-speed automatic surcharge (at 330d with standard equipment). The axle load distribution of almost 50:50, the rear-wheel drive, a long wheelbase and short overhangs are the best conditions for maximum agility and driving safety. In addition, the used alongside the sedan in the 3 Series BMW 3 Series Touring five-arm rear axle is one of the best chassis as standard, what the market will bear at the moment. 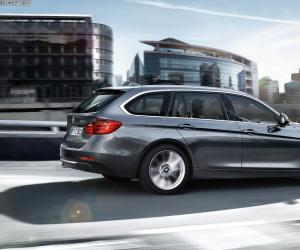 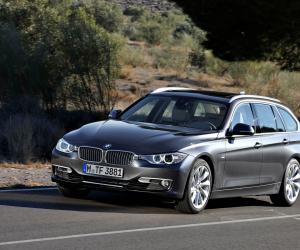 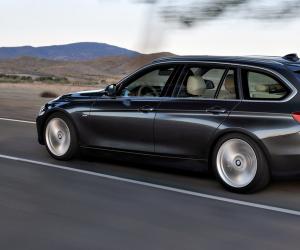 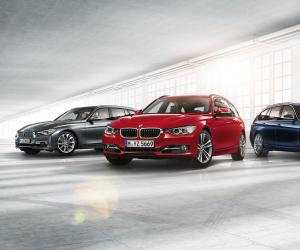 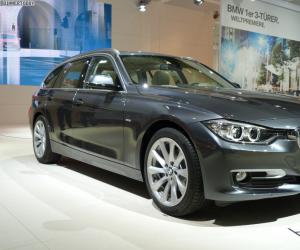 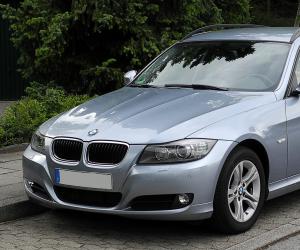 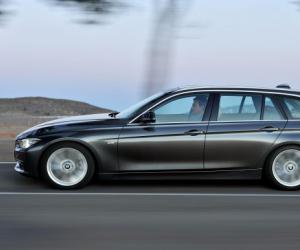 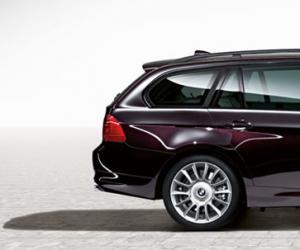 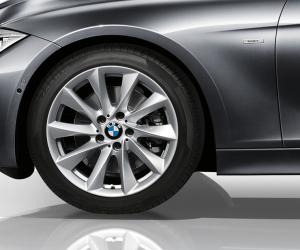 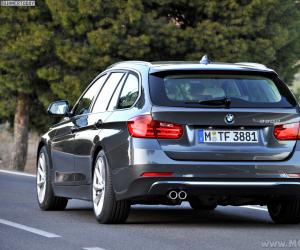 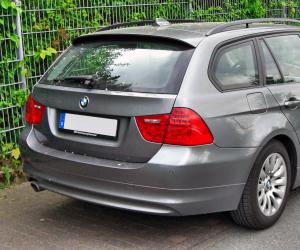 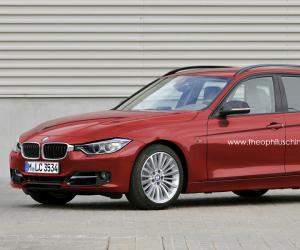 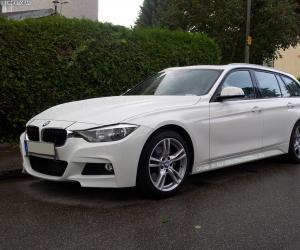 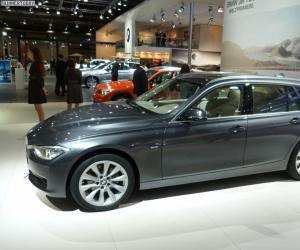 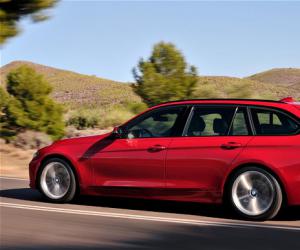