Who flirts with the new Renault Mégane Coupé, can look forward to a compact flounder in the style of the VW Scirocco. Basic model for the three-door coupe version of the Renault Megane 1.6 with 110 hp, compared to the five-door model has many amenities that cost in extra-Limousine. As another engine variant, a Renault Megane Coupe 2.0 Turbo with 180 hp is available, from spring of 2009, an sportier version with 250 hp it. In addition, three complete 106-160 hp diesel Renault model range of the new Megane Coupe which is in contrast to the previous Renault Megane Coupe Convertible no longer have with folding roof. Daf ÜR affects the new Megane Coupe, the body has been lowered to twelve millimeters in relation to the five-door model, significantly more dynamic and aggressive. As usual with Renault, the standard equipment of the Megane is very extensive - whether it is the sedan or the coupe : from air conditioning to the automatic locking system " keycard handsfree " to the high-music system is already installed by factory. And the best thing : Despite its distinct wedge shape provides the Renault Megane Coupe 2009 still have room for 377 liters of luggage, the rear bench is also divisible and can be folded down. 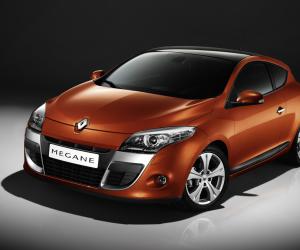 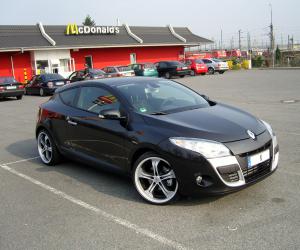 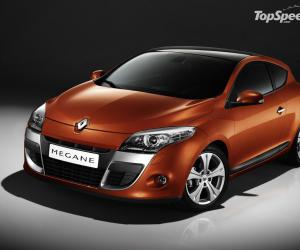 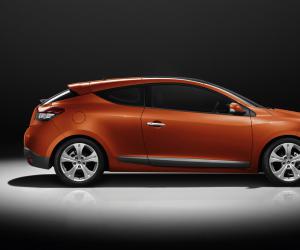 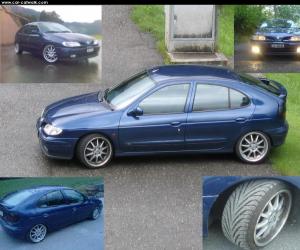 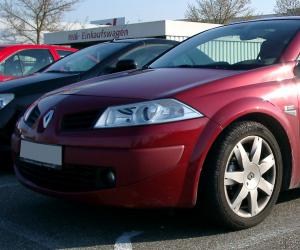 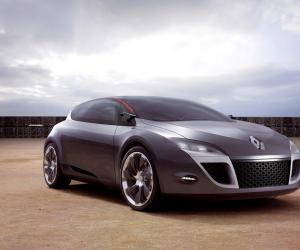 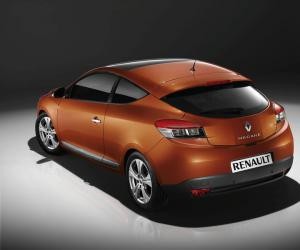 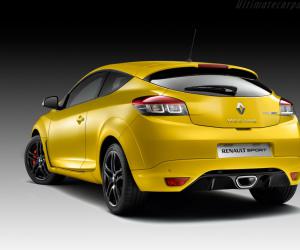 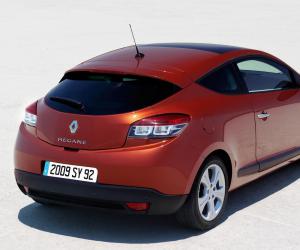 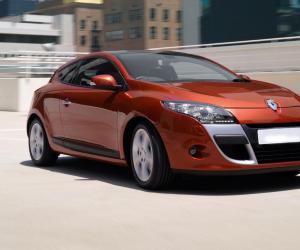 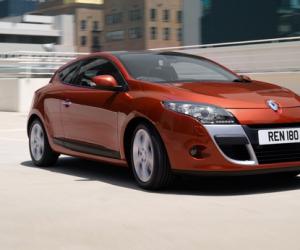 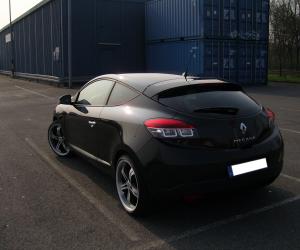 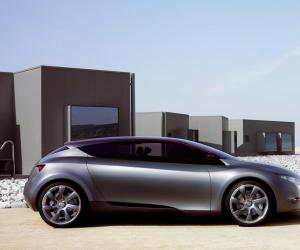 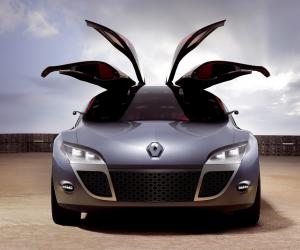