With the model Ford Kuga, the Cologne carmaker lost ground trying to regain the attractive compact SUV market. Long time Ford-Werke had the development in the area of family-friendly crossovers - vehicles incorrectly assessed. With the Kuga to segment new life could be breathed, so the Ford Kuga has been available since 2013, the 2nd generation as a new car. Regarding the qualities of the vehicle, the 4.44 meter long five-seater does not need to hide. The progressive design of Kuga reminded of the new Ford Mondeo, the body has room for a big family holiday, such as the Ford C-Max. With its excellent handling even the Ford Kuga is a typical, but will be in Cologne crossover in the base version - as opposed to national and international SUV competitors - only offered as front-wheel drive. When all-wheel drive model, the force is distributed by Haldex clutch on both axes. The Kuga is connected via six-speed gearbox. Came to the engine the first generation Ford Kuga cars still Duratorq turbo diesel engines with 2.0 liters of displacement, 140 hp and 340 Nm of torque and 163 bhp TDCi - wheel drive vehicle to use, set the 2nd edition since March 2013 at downsizing : diesel fans are the new Ford Kuga two two-liter four-cylinder with 140 and 163 hp. These units can optionally be ordered in conjunction with the Ford PowerShift automatic transmission and double clutch technology. Than gasoline engines, a 1.6-liter EcoBoost direct injection engine is installed. The turbo engine is also used in the Ford Focus and B-Max to use and makes 150-182 hp. For maximum safety in the Ford Kuga will with ESP and ABS with electronic brake force distribution EBD (Electronic Brakeforce Distribution) provide. 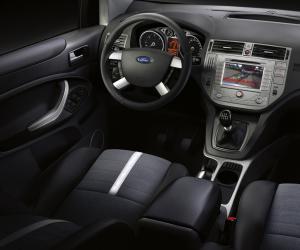 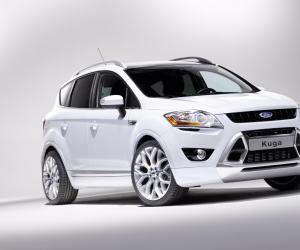 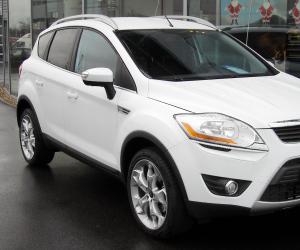 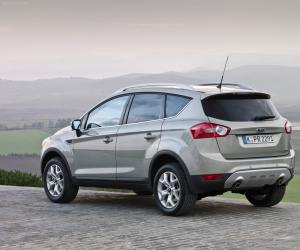 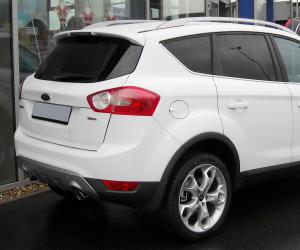 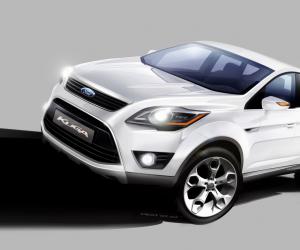 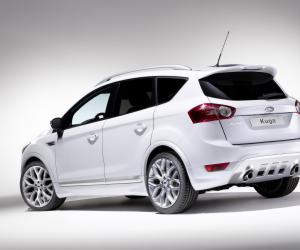 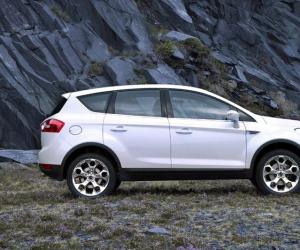 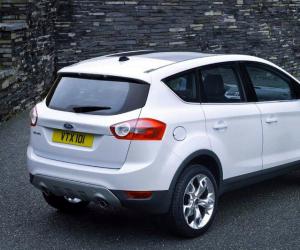 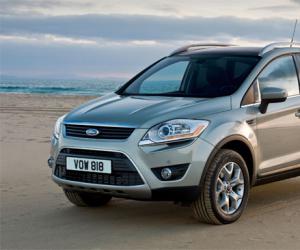 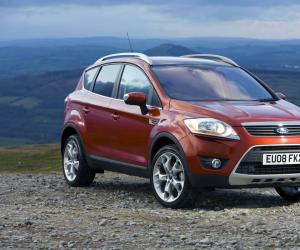 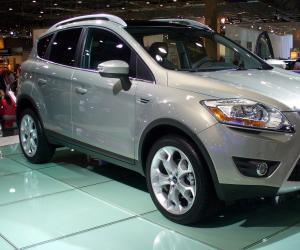 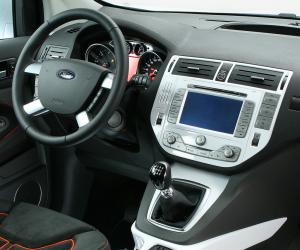 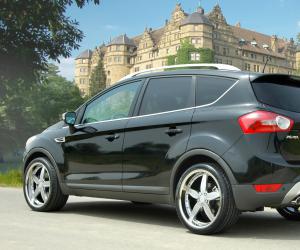 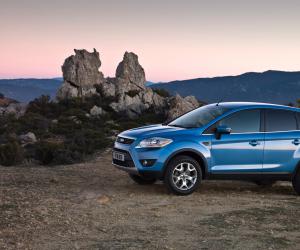 
Cologne, 5. September 2017 An SUV, but only four feet long: Actually, the Ford EcoSport would have to be a Bestseller. But really, he couldn't score in Germany since its market launch in the year 2014...

From trend to Vignale


Cologne, August 1, 2016 Presented to the spring of 2016, extensively revised Ford Kuga is available now. The SUV comes with some new features, six engines and in five trim levels at the start. Not a lot...


Cologne, 22 June 2016 Vignale: classic car fans know these big names of special cars of the years 1948 to 1969. But since quite some time is the name of the former body builder at Ford for the luxury versions...


Geneva (Switzerland), March 2, 2016 Ford is expanding its Vignale program. At the Geneva Auto Show in 2016 (3rd to 13th of March), the Cologne introduce more models and a new service. "Vignale" referred...


Lommel ( Belgium ), October 30, 2015 Probably the most important thing in the new Ford Focus RS brings Tyrone Johnson, the Technical Director of the RS Project, unusually honest to the point: "We have...

The trend is for the third SUV


Paris, February 2, 2015 Renault has the Captur offered since 2013 been a small SUV on the market. And the compact class is covered with the Koleos. But the French are still in front of a third model...


Cologne, October 31, 2014 In the compact SUV segment is in Germany, the VW Tiguan by far the most popular. Here are models such as the Nissan Qashqai, the BMW X1 and the Ford Kuga. The latter is now...