The second model generation of the Mazda MPV was introduced to the automotive market in 2003 and could also be ordered as a six - seater (version Karakuri). Has been improved including the interior layout of the Mazda MPV that will continue to offered with three rows of seats as a seven - or two rows as a five - seater. Two large sliding doors on both sides allow easy access to the rear seats even in tight parking spaces. The standard features of the Mazda MPV include a radio with four speakers and steering wheel remote control, manual air conditioning, electrically adjustable and heated door mirrors, electric windows front and rear, central locking with radio remote control. In addition, the Mazda MPV can be (for all variants of the MPV Exclusive6 - Karakuri and Exclusive7 option), upgraded with a touring machine, and a navigation system. The Mazda MPV are two engines to choose from - one petrol and one turbodiesel. The 2.3-liter four-cylinder petrol engine delivers 141 horsepower, the fuel-efficient 2.0-liter diesel engine with common-rail direct injection provides an output of 136 hp and maximum torque of 310 Nm. Four airbags - driver, front passenger and side airbags - as well as an ABS are standard on the Mazda MPV. 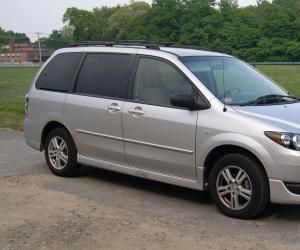 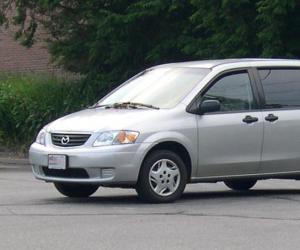 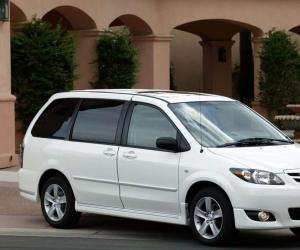 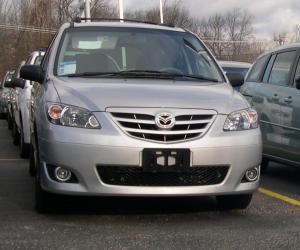 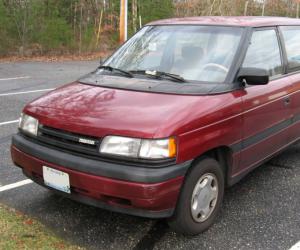 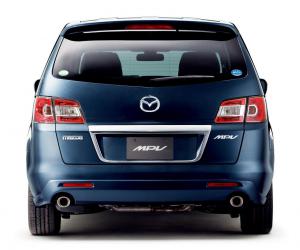 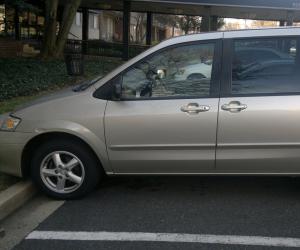 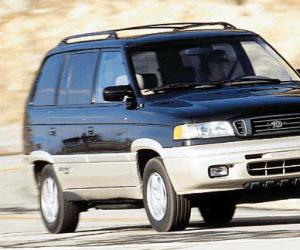 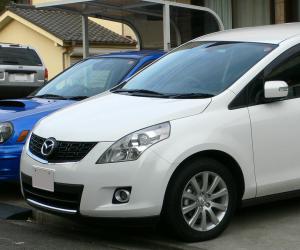 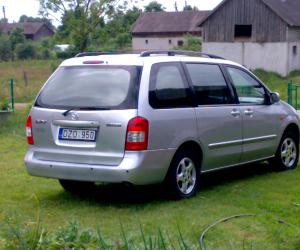