One of the largest vans in Germany, the South Korean model KIA Carnival. This five-door Kia car can accommodate seven people and since 1999 has been available on the German market. The first generation was produced until 2006, with the Kia Carnival van was further prepared after a facelift 2002 Kia Carnival second The second generation of the family-friendly Vans came to Germany in mid-2006. The greatest improvements seen the car KIA Carnival here in terms of motorization. The new KIA Carnival engine, a 2.7-liter V6 engine, it produces a whopping 189 hp, the Kia Carnival Diesel is no less worse. The KIA Carnival 2.9 CRDi makes 185 hp and is very economical. Average consumption is 7.8 liters of diesel, the petrol it is something more. The new KIA Carnival transmission is the factory to a five-speed manual gearbox. At a small cost can also be a KIA Carnival automatic install. Kia Carnival Security is of great importance during this MPV. Total protect two front, two side and two curtain airbags, the occupant. In addition, active head restraints, belt tensioners, ABS and ESP are standard. For KIA Carnival Accessories include both LX and EX trim levels, which can be fitted at an extra cost with some special features such as the KIA Clarion multimedia navigation system "MAX 973 HD". Against a standard, such as air conditioning, electric windows front and rear, immobilizer and siren. 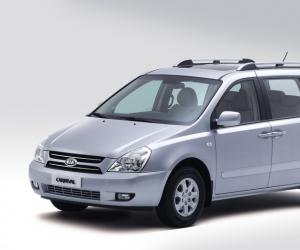 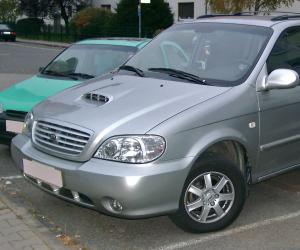 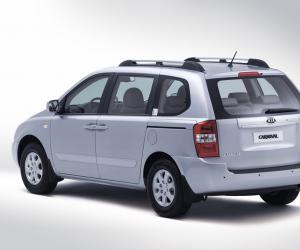 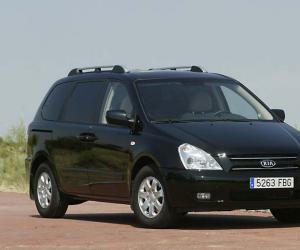 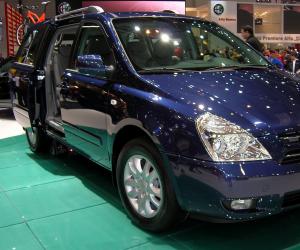 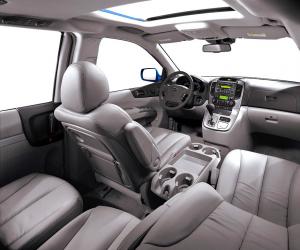 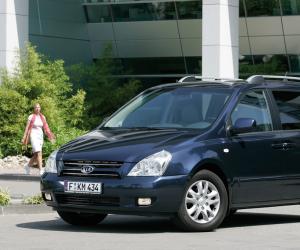