On the cutting edge of technology, the Audi A4 Cabriolet was lifted in 2006. The striking single-frame grille and redesigned rear lights will add a further visual accent. There are also four engines, which are used for the first time in an Audi A4 convertible. FSI and turbo FSI technology represent the petrol engines as well as the current state of development modern piezo injectors in Audi A4 Cabriolet 3.0 TDI. Their power to the units in the Audi A4 convertible with a front-wheel drive or quattro permanent four-wheel drive on the road. 5 - and 6-speed manual, the continuously variable multitronic, which is in manual mode, seven speeds, and the 6-speed automatic transmission available on the site to vote. As an entry-level variant, the Ingolstadt company offers the model Audi A4 Cabriolet 1.8 T with an output of 163 hp. Already increased to 200 hp to the medium variant Audi A4 Cabriolet 2.0 TFSI, while the top version even Audi A4 Cabriolet 3.2 FSI has an output of 255 hp. When Audi A4 diesel versions are next to the 3.0 TDI engine, the 140 hp Audi A4 Cabriolet 2.0 TDI and the 180 hp Audi A4 Cabriolet 2.7 TDI is available. Every Audi A4 Cabriolet is equipped with an electric soft top and a comfort air conditioning with separate adjustable temperature distribution. Power windows come as standard equipment such as electrically adjustable exterior mirrors, and a remote control for the central locking. The Audi A4 Cabriolet can be orders not only with the optional xenon headlights, which is combined as standard with daytime running lights, but also for the first time with dynamic cornering light " adaptive light ". The glass rear window with this Audi car is heated and features a timer. 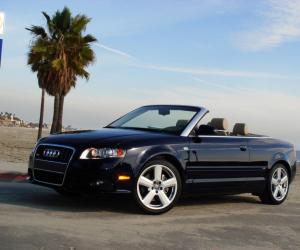 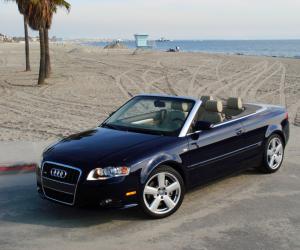 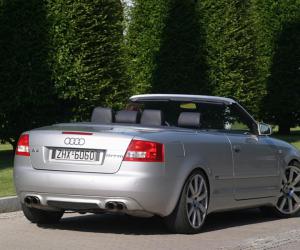 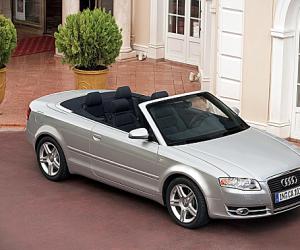 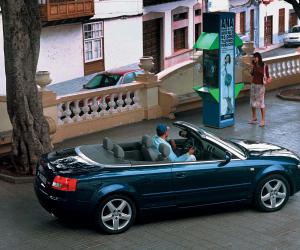 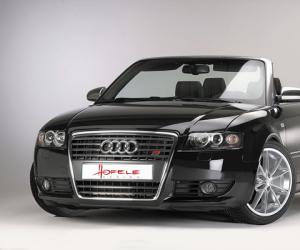 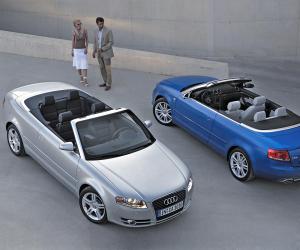 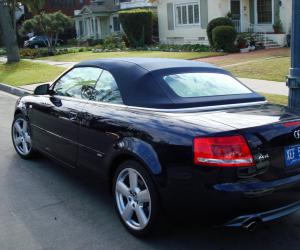 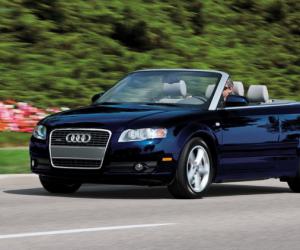 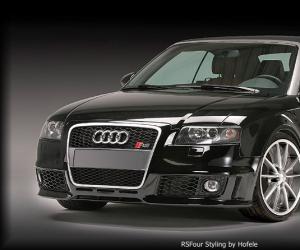 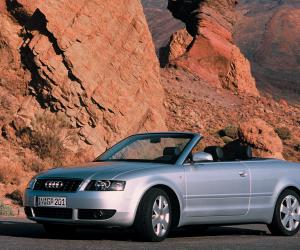 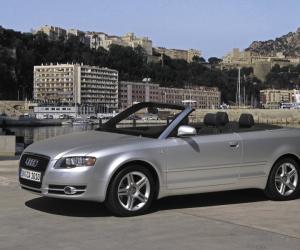 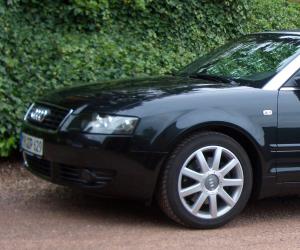