Since the 1980's sold over five million copies worldwide Daihatsu Cuore is now being built in the seventh generation, and especially enjoys the ladies (much like it did the VW Lupo a large popularity. Judging by his predecessors affects the Daihatsu Cuore since 2007 with a length of 3.47 meters almost like a full-fledged car. The small car is offered only as a four-seater, and thanks as standard power steering and five airbags in basic comfort and safety features. In the interior, the Daihatsu Cuore 1.0 reveals enough space for four people. Thanks to a series of 30 cm to the front and rear sliding rear bench seat, it can be further increase in the top version of Daihatsu Cuore GL. In this way, the trunk receives a load volume 160-215 liters. It is powered by a subcompact three-cylinder engine, which has a liter capacity as its predecessor about exactly. The current Daihatsu Cuore engine got a power increase of 19 percent to 70 hp now donated, so the only 765 kilogram light city car offers impressive performance numbers: 11,1 seconds for the standard sprint to 160 km / h top can see more than leave. Only the Daihatsu Cuore Automatic is naturally somewhat cumbersome. The consumption of Daihatsu Cuore was reduced by eight per cent to an impressive 4.4 liters. Another argument for the city flea: With CO2 emissions of 104 g / km of Daihatsu Cuore is next to the MINI One as one of the greenest cars in its class. As usual with Daihatsu, Cuore is also reasonably equipped: In the top version of Daihatsu Cuore top are air conditioning, central locking and power windows and electrically adjustable rear view mirror series, are optional ESP and knee airbags for the driver to order. The Cuore GL or the special model Daihatsu Cuore sports, there are only buying a used car. For model year 2010, the basic version of Daihatsu Cuore Pur was brought on to the market. The small car was, as the name implies, designed for purists who do not need air conditioning and other electrical helpers - it is the "Pure" but also 1 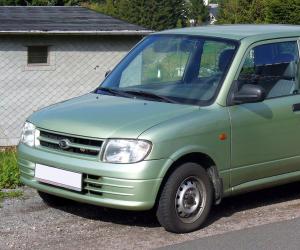 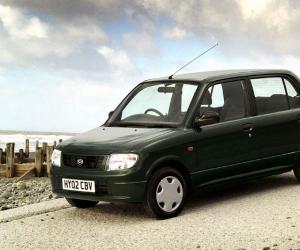 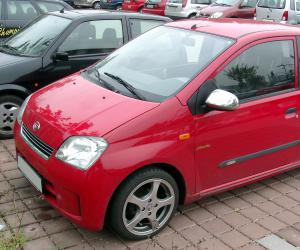 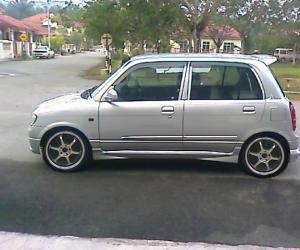 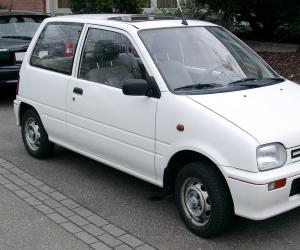 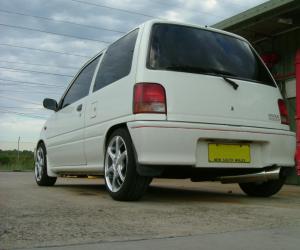 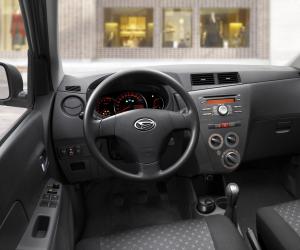 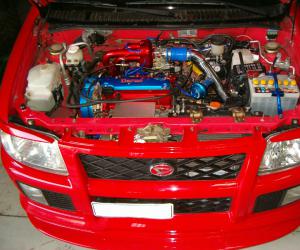 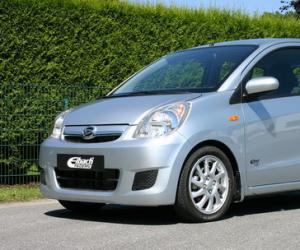 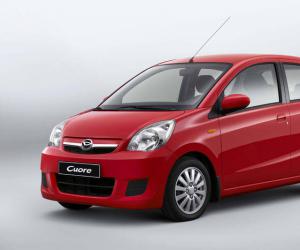 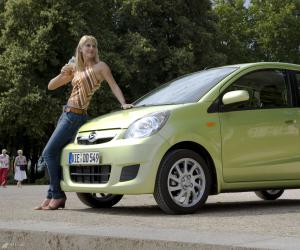 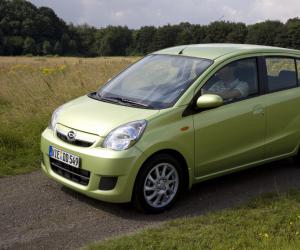 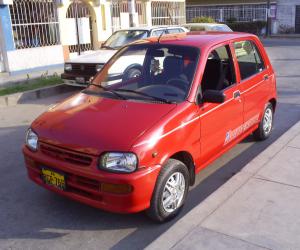 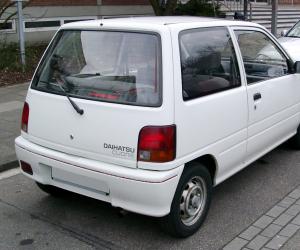 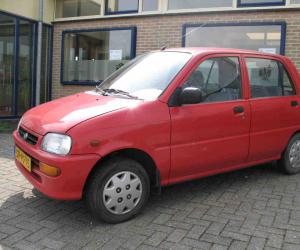 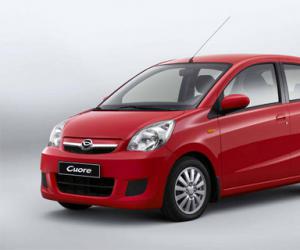 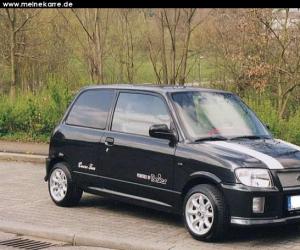 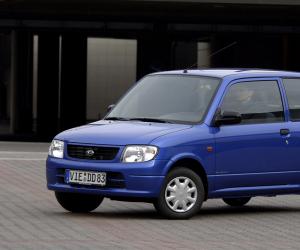