Since 1998, the Japanese small car Daihatsu Sirion is available on the European market. Especially the third model series produced since 2005, the Daihatsu Sirion has thereby developed within a short time became a bestseller, which is due to both its economy, its smart design and its functionality. Overall, the small car is available in three engine variants : The base model is the Daihatsu Sirion 1.0 with 70 hp. They are joined by the 90-hp 1.3-liter version and the top variant Sirion 1.5 S with 103 hp payable 1.5-liter engine, which is the successor of the Daihatsu Sirion Sport simultaneously. So fired, accelerates the city car in 10.5 seconds from 0 to 100 km / h and reaches a top speed of 175 km / h The big DAIHATSU engine impresses not only by its performance, but also by the low consumption values ​​of an average of 6.2 liters of regular petrol per 100 km and the low CO2 emissions of 145 g / km. Optional to the regular five-speed transmission of small car with a four-speed automatic is available. With the Daihatsu Sirion 1.3 4WD eco automaker also offers an attractive wheel-drive version, which should appeal to the clientele of Subaru. Background: The identical with the Sirion Subaru Justy is only offered with front wheel drive. Despite its compact length of just 3.60 meters, the Daihatsu accommodate up to five people and thus made aware of his brother DAIHATSU Cuore Group in this regard from. The fold-down rear seat makes the five-door also one of the most variable vehicles in its class. Price of Daihatsu Sirion model 2008 is one of the automotive bargain : The basic model is already to have just under 10,000 euros. 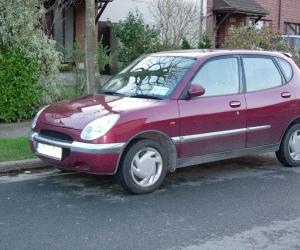 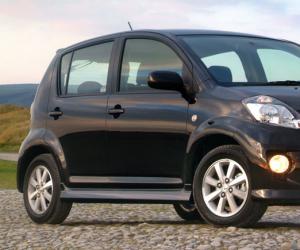 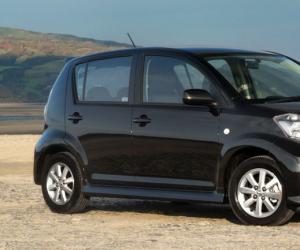 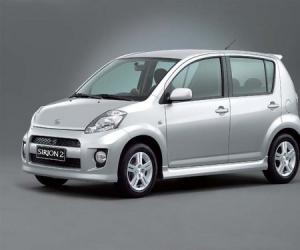 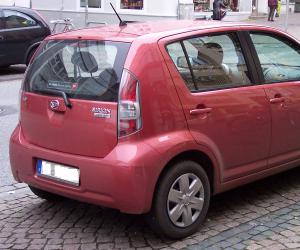 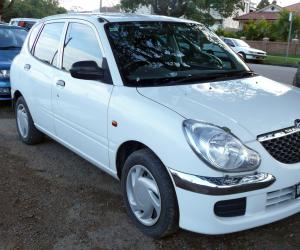 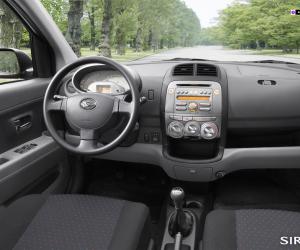 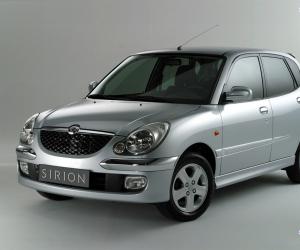 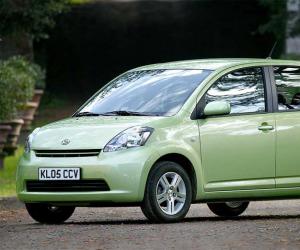 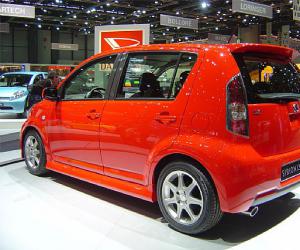 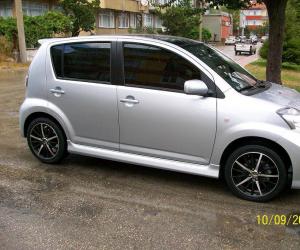 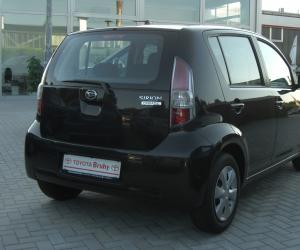 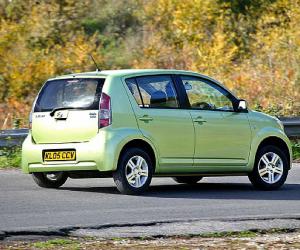