Ape (Italian “Bee”, also known as Vespacar) is a pick-up truck and a three-wheeled scooter by the Italian manufacturer Piaggio. Ape has been produced in Italy since 1947 and since the introduction of the limited edition in 2007 in India.
A series of vans appeared on the market a year after Vespa (Italian “Wasp”). Originally the Ape 1947 is actually Vespa with cargo space with a cargo of 200 kilograms. The Ape A had a Vespa engine with a volume of 125 cm³ under the seat. However, unlike some Vespa types, it has a 4-speed transmission. Ape B with 150 cm³ appeared in 1953 on the market. This model was built with minor modifications and was manufactured till 1956.
In 1956 Ape C entered the market, the first Ape model with a cabin.
Since 1960, the model Pentaro was produced, which was Ape C with a semi-trailer for higher load-carrying capacity.
Ape MP, was introduced in 1967, inherited from Ape C only the cabin. Its capacity is 190 cubic meters and it can carry 500 kg. Ape MP was manufactured in several versions, in 1969 the carrying capacity was increased by 100 kg.
In 1969, Ape 50 was released. It was the first Ape, which fell into the category of mopeds. It was built for easy transportation, can carry only 200 kilograms and is equipped with a cabin.
In 1972, the Ape was introduced. It has a comfortable enough cabin, a motor with a volume of 216 cm³ and a payload of 550 kg.
In 1982, Piaggio developed a brand-new car with a 220 cm³ engine and 700 kg load capacity, the Ape TM. In 1984, the market appeared Ape with a single-cylinder four-stroke diesel engine Ape Car Diesel. It also had a payload of 700 kg and is sold slightly modified to this day.
In 1986, the largest Ape was presented to date: Ape Car Max. It measures 1.5 x 2.3 meters and weighs 900 kilograms.
In 1990, Piaggio built the first Ape with four wheels, Ape Porter with a carrying capacity of 835 kg and an engine capacity of 420 cm³.
Since 1995, Piaggio began construction of the Ape 50 TL5T, the distinguishing feature of which was the presence of two headlights. In older Ape 50 models, there was only one headlight.
In 1999, the Ape 50 TL5T was replaced by the Ape 50 ZAPC, which is identical to the TL5T, with the exception of minor modifications, and is still being built today. In 2006, Piaggio introduced a special model APE "Classic" in Intermot. A three-wheel motor scooter was available throughout Europe only in green. The drive was a water-cooled Lombardini diesel engine with a displacement of 422 cm³. The model was also sold in India.
In the spring of 2008, a new design concept for Piaggio Ape based on TMA was introduced and produced under the name Piaggio Apelino. The concept was the manufacturer's reaction to the cult status of Ape. Later, ecologically clean and economical electric and hybrid versions were developed, as well as an engine based on ТМ with a maximum speed of 55 km / h and a payload of 600 kg. It is also planned to cooperate with companies that develop engines at air pressure. The Apelino cargo bay can be modularly modified by the customer as a city taxi, service vehicle, catering point or, as usual, as a personal vehicle. In 2014 APE Classic 400 was introduced as an upgraded version of APE Classic. 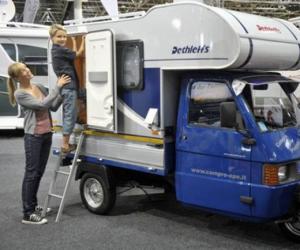 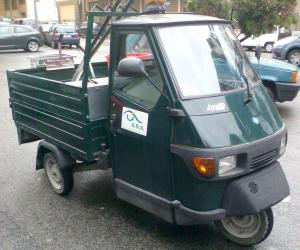 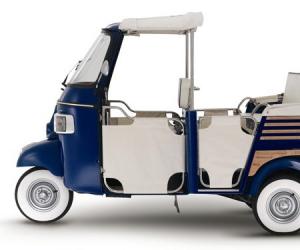 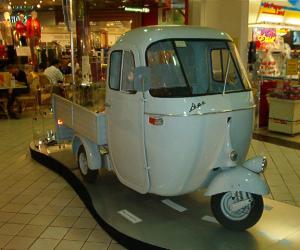 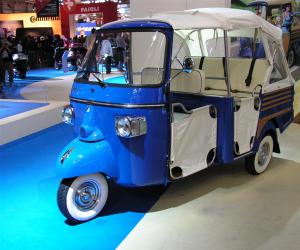 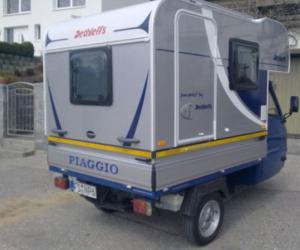 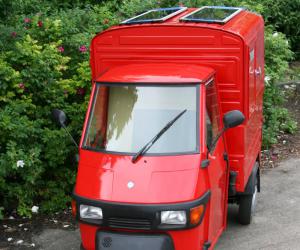 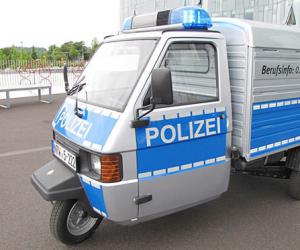 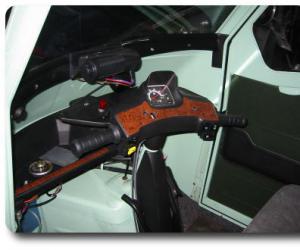 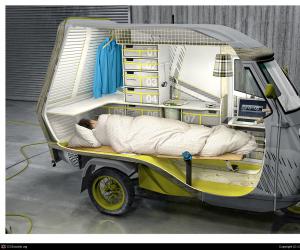 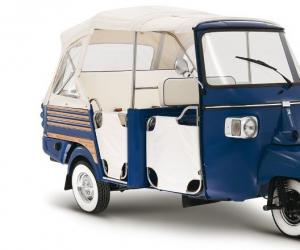 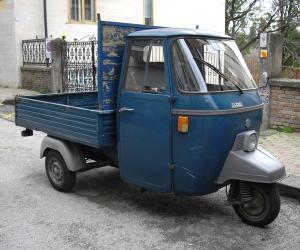 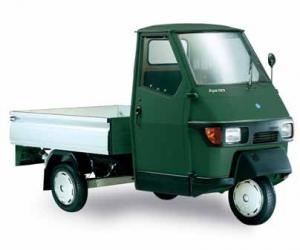 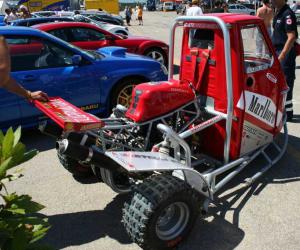 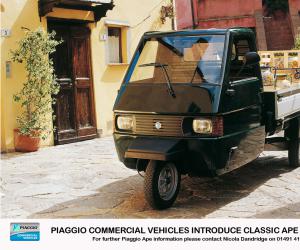 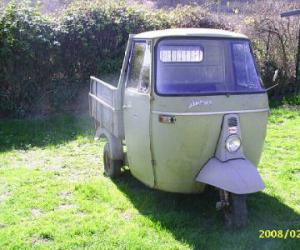 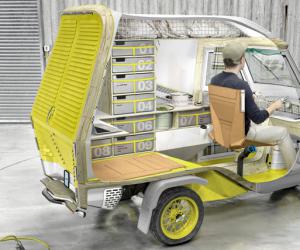