That in the U.S. for some time available and there very popular compact SUV Infiniti EX35 will be the core model of the Fall 2008-present also in Germany luxury brand of Nissan. In addition to the coupe and limousine version of the Infiniti G35 and the mid-size SUV Infiniti FX Infiniti EX35 will be the fourth model to launch. If it goes to the high standards of the premium manufacturer, is the 4.63 meter long four-wheel drive, who competes as a 300-horsepower gasoline engine, among other things against the BMW X3 3.0si, especially in terms of features and perceived quality significantly above, about the German competition rank. Among the equipment highlights the premium SUV is one example, a so-called Around View Monitor, which offers four cameras with a bird's eye view of the car and so enables precise load maneuvering. Also, the lane departure LDP (Lane Departure Prevention), the back even actively drives the car with brake pulses on the right track, part of the extensive safety features of the EX35. The interior of the Infiniti EX35 finest luxury: Electric leather seats and automatic climate control are also series such as Bluetooth, Keyless Go and a premium sound system with navigation and 9.3 GB of hard drive space. Optionally available for the EX, a DVD entertainment system for the rear seats. Almost Rolls-Royce feelings conveys the classic analog clock, which is to give the EX-35 cockpit a certain retro touch. In Europe it is known from the Nissan 350 Z V6 engine of the EX35 is coupled to a new six-speed automatic, so that the compact Infiniti extremely cultured, but can also drive you with the necessary liveliness and revving. The behavior of the five-door model is largely neutral thanks to electronically controlled 4x4, top speeds beyond 200km / h at any time easily manageable. The fact that the Infiniti EX35 is a vehicle that was intended to date, mainly for the American market, you can tell by the lack of diesel engine: First the end of 2009, a newly developed by Renault V6 diesel engine with 230 to 280 hp available. Until then, you have to live with the usual for a petrol SUV average consumption 12-15 liters of premium. 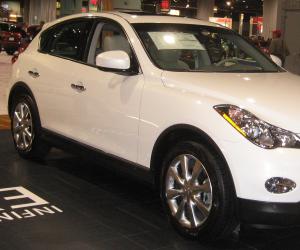 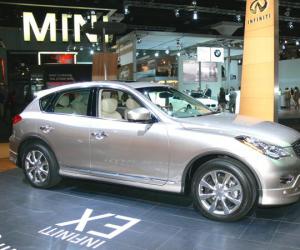 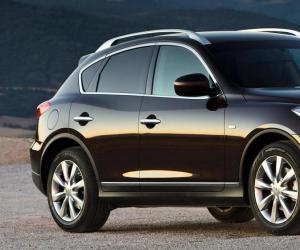 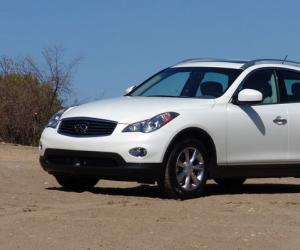 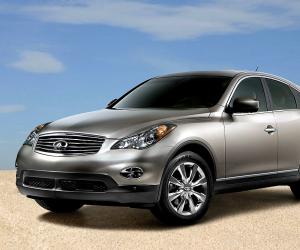 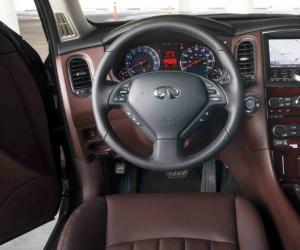 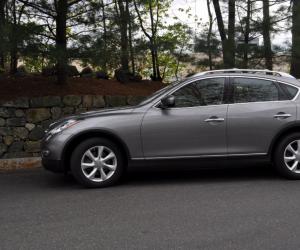 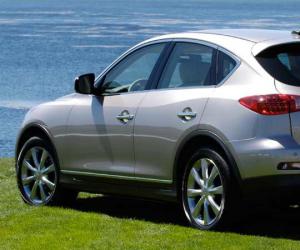 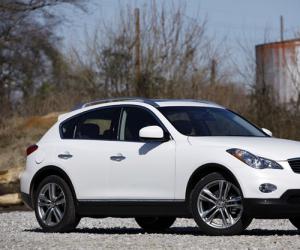 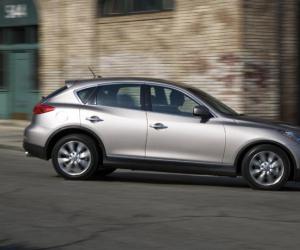