The Toyota Hilux 2.5 D-4D (Diesel) learns in October 2006 and developed an appreciation now 120 instead of the previous 102 hp and a maximum torque of 325 Nm. The Toyota Hilux 2.5 D-4D pickup complies with the emission limits of Euro IV (Group permissible for vehicles over 2.5 tonnes gross weight according to Directive 98/69/EC IIIB) and is large bring fun, economical fuel consumption and low emissions skillfully under a hat. The Toyota Hilux 2.5 D-4D is the heart of the pickup series, which is still available with either two-wheel or four-wheel drive (4x4) and in three body styles Single Cab, Extra Cab and Double Cab. Specifically set optical accents to give the Toyota Hilux 2.5 D-4D an even more powerful, robust appearance while improving functionality. From the equipment line Sol evaluate integrated fog lamps in the front bumper on the front end, and thanks to the distinctive air scoop on the hood of the Toyota Hilux 2.5 D-4D, the intercooler operate with higher throughput. Toyota first to offer as an option for the Hilux Sol and standard on the Toyota Hilux Executive a DVD-based navigation system with touch-screen operation, map display and dynamic route guidance on. 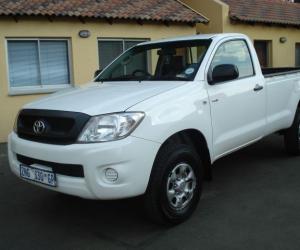 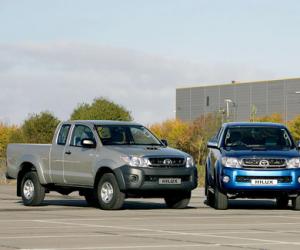 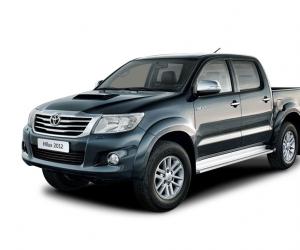 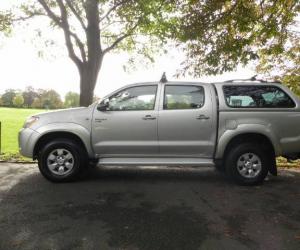 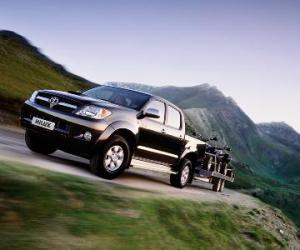 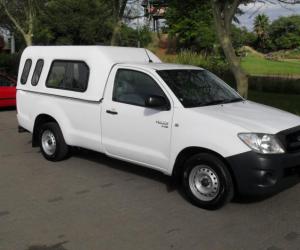 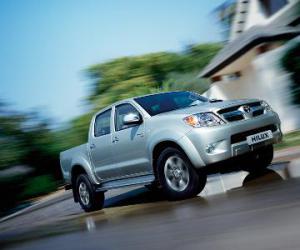 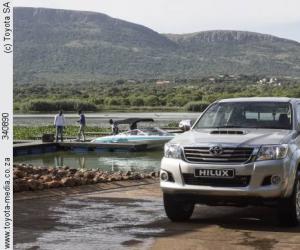 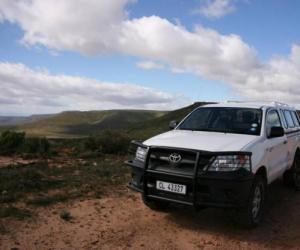 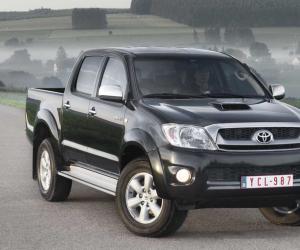 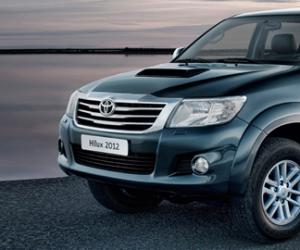 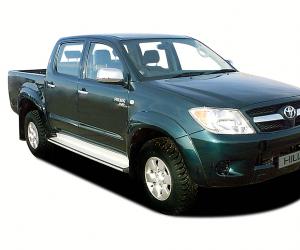 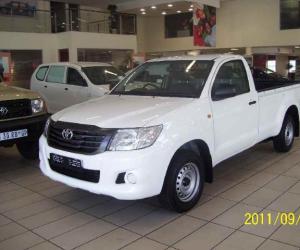 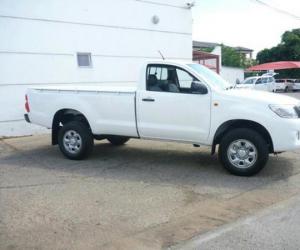