The front-wheel drive Chevrolet Kalos range of amplification was in February 2005 : As part of the grand opening event on 18./19.Februar the three-door model of Chevrolet Kalos debuted at participating Chevrolet dealers in Germany. The Chevrolet Kalos three-door model has a more dynamic design than its five-door model brother. With the same dimensions of the sporty appearance of numerous details as aerodynamically optimized front and rear attachments, modified bumpers and distinctive planking is marked on the side skirts. Available is the three-door Chevrolet Kalos with two four-cylinder units (1.2 - liter gasoline engine with 72 hp and 1.4-liter version with 94 hp) and in the trim levels S, SE and SX. Already in the SE trim level offers the Chevrolet Kalos factory including a tilt in the steering wheel, electric windows, tinted windscreen, windscreen washer on the rear and an RDS radio cassette with four speakers. A car like Chevrolet Kalos you can in this website as a new vehicle, year or used car, buy especially favorable. 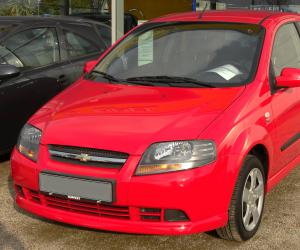 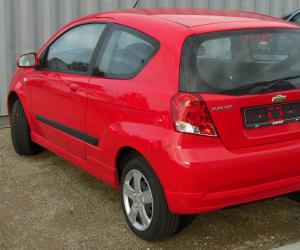 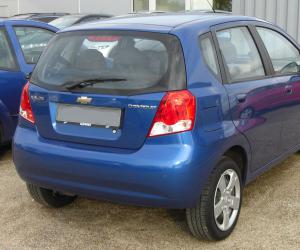 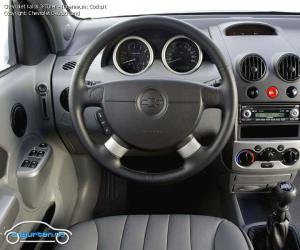