The top model from the house of Maybach, the Maybach 62 S car, was unveiled at the "Auto China 2006 " show in Beijing for the first time and also the first facelift of the Maybach 62 S was presented first in China in 2010. The renovations to the luxury sedan covered the grille, LED daytime running lights as well as changes to the bumpers and dark rear lights held. The interior has been overhauled with larger LCD screens and Bose sound system. For even more superior performance makes the Maybach 62 S by an improved AMG V12 engine. It delivers 62 hp more than the Maybach 62 still available The bi-turbo twelve-cylinder engine in the Maybach 62 S pays from 6.0 liters thanks to water charge air cooling impressive 612 hp. The maximum torque is limited electronically to 1,000 Nm. With acceleration in 5.2 seconds from 0 to 100 km / h, the Maybach 62 S impressively demonstrates its performance. Top speed is limited in chauffeur-driven to 250 km / hr. In contrast to the self-drive sporty Maybach 57 S, the spring means are preserved in full in 62 S. One particularly striking example, the revised front end with a redesigned radiator grille, revised the design of the light units and the new 20 - inch spoked wheels. Like the 57 S, the new Maybach 62 S painted in one color. A 62 S - lettering adorns the front wings both in the region below the A pillar and the rear cover of the Maybach. A new rear apron with two integral, trapezoidal tailpipes to the high performance potential of the Maybach 62 S signal. 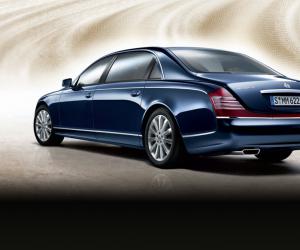 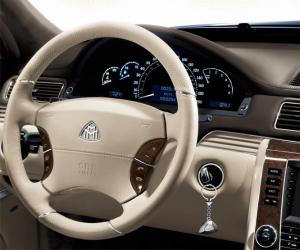 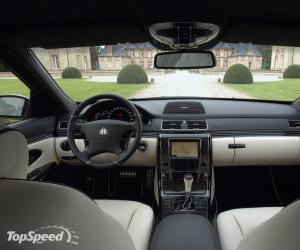 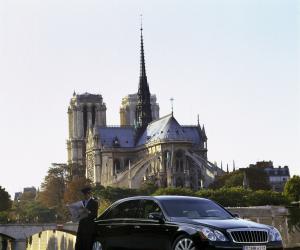 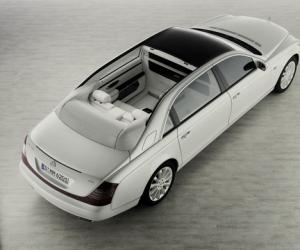 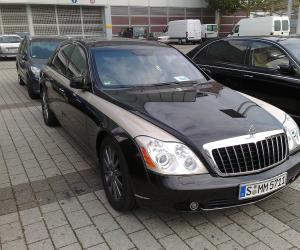 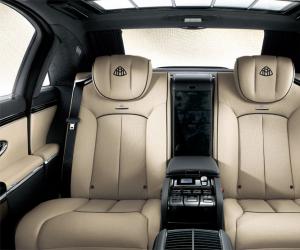 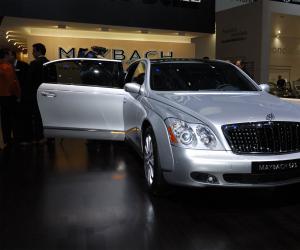 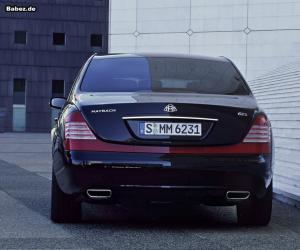