With the Sport Coupe Kia Pro Cee'd, the Korean auto company supplemented since the beginning of 2008 its popular cee'd model range. The produced until the end of 2012 first generation received a facelift in March 2011. Since the spring of 2013, we are now in the current Kia Pro Cee'd which is still based at the dealership on the Cee'd sedan. The sleeker shape of the coupe 's testament to the sporty attributes of the Kia Pro Cee'd, which comes with three petrol engines and two diesels. In addition to the base engine with 99 PS 135 PS of strong gasoline engine can also be fitted with an optional dual clutch transmission. The middle of the year, the top model of the Bauriehe with the Kia Pro Cee'd was releast GT : 204 hp are a clear challenge to Audi A3 Sportback or Opel Astra OPC. The other diesel units are available with 90 and 128 hp. The safety features of the Kia Pro Cee'd includes, among other things, six airbags, ABS, active head restraints and ESP. Even the base LX version has a remote control, an MP3 - CD Radio, including six speakers and electrically heated exterior mirrors. Who wants a Kia Pro Cee'd with air conditioning, should resort to the EX trim levels or TX. All Pro Cee'd models, which are by the way not assembled in Korea but in Slovakia, Kia gives a seven-year warranty. 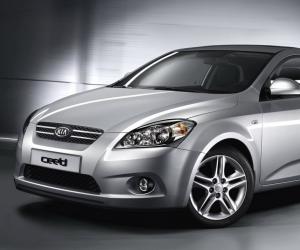 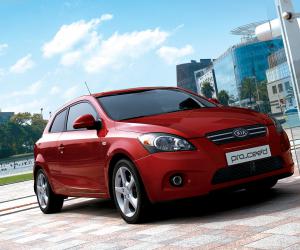 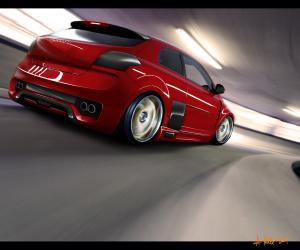 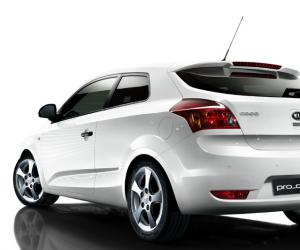 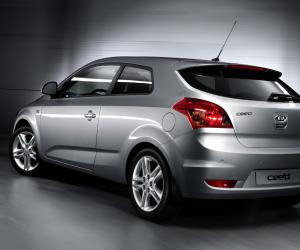 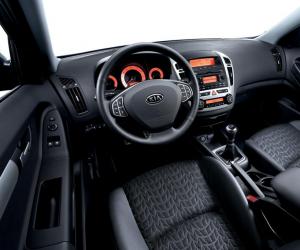 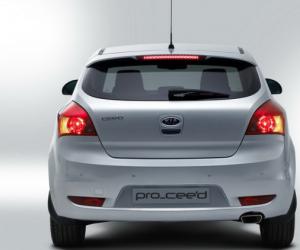 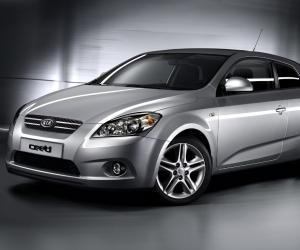