Jaguar D-Type - sports racing car, which was produced by Jaguar between 1954 and 1957.
After the success at the 24-hour race in Le Mans of its predecessor, C-Type, Jaguar decided not to stop there and began to prepare a new model. The prototype was manufactured by 1953, and a year later the final version was presented - the Jaguar D-Type. The basis was a single cabin supersonic fighter; To this load-bearing body of the monocoque type from the light magnesium alloy, a tubular front frame on which the suspension was suspended, a four-speed gearbox and an engine was attached.
The six-cylinder engine Jaguar D-Type had a volume of 3.5 liters and with the help of three carburettors produced a capacity of 265 h.p.. Fuel tanks were located in the tail, the designers followed the aviation practice, installing a deformable aircraft fuel tank instead of the usual tank. For the first time in all of Jaguar's production, the sprockets were replaced with cast discs and disc brakes were installed on all wheels. In addition to high-tech equipment, a high aerodynamics was required for the victory. It was made by Malcolm Sayer. Just behind the single seat, he installed a high keel stabilizer, the windshield was low and girdled the entire open cockpit of the rider. The hood line he made very low - this was achieved thanks to an innovative lubrication system with a dry crankcase and an 8° engine tilt. Although Philip Porter argues that the latter was done to provide additional space for pipes that feed three Weber carburettors. The car in weight in 1219 kg accelerated from 0 to 100 km / h in 4.7 seconds and developed the maximum speed of 240 km / h.
The debut of the Jaguar D-Type in the Le Mans racing took place in 1954. However, because of problems with the fuel filter, the car had to often stop at pit stops. As a result, despite the good aerodynamics Jaguar has lagged behind the winner, Ferrari. Nevertheless, good dynamic performance allowed the D-Type three times to win in Le Mans - between 1955 and 1957, and in 1957 the machines of this model took all the prize money, as well as the fourth and sixth places.
A total of 54 cars were made, of which five were burned during a large-scale fire at the Browns Lane factory on February 12, 1957, four more were later disassembled for spare parts. Also 16 pieces were built under the XKSS index - they were created for the US market and differed from the racing version with two seats, two doors, a full-sized windscreen and a conventional un-powered engine. 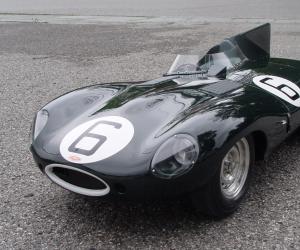 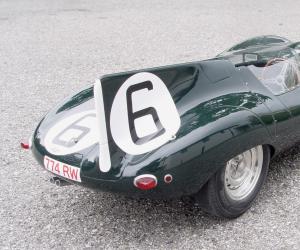 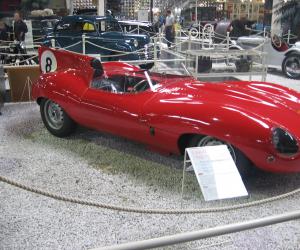 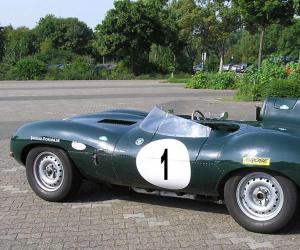 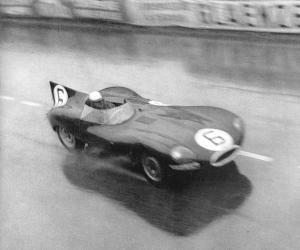 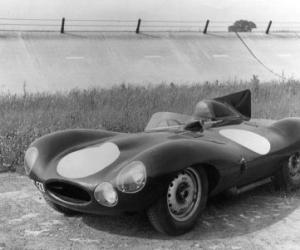 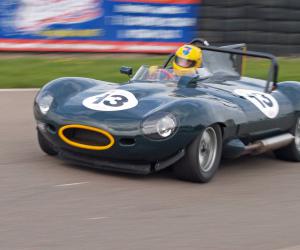 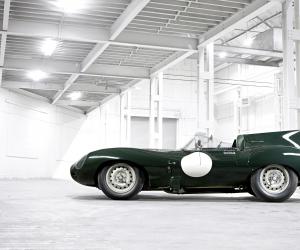 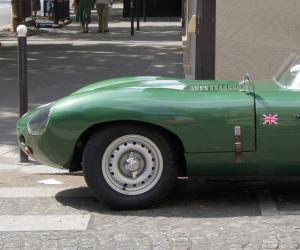 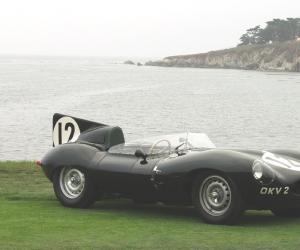 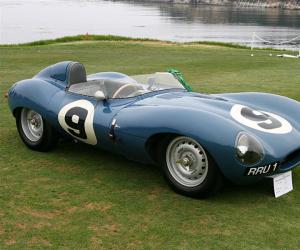 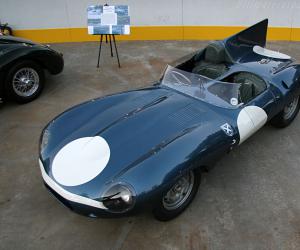 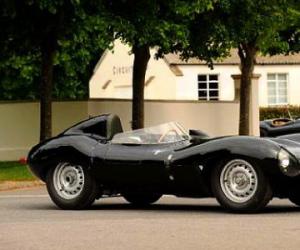 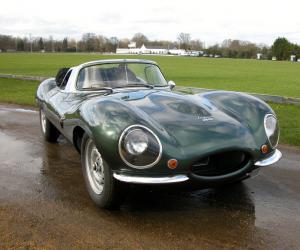 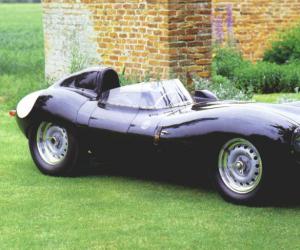 
Kronberg, 9. February 2018 Imagine that Mercedes would build spontaneously a few more copies of the 300 SL Gullwing. Excluded? Now, Jaguar is now doing something Similar: 62 years after the construction...